The Biography Project: Stories not Statistics

The Biography Project: Stories not Statistics, is a novel attempt by two high school students, Della Carney and Ava Gregory, to illuminate some of the many truths about homelessness, and give it not just a human face, but some riveting, relatable context.

The twists and turns that lead people to Central Union Mission are many, but when told, and when heard and understood by truly interested listeners and readers, new value is created. Suddenly, the ease with which people can go from stable to homeless is clear, palpable. Stories create a bridge of understanding and empathy that numbers, fleeting images, impressions and interactions simply don’t. Humans learn best from stories. And listening to a story, recording it, retelling it–that process also offers dignity and respect. Narratives can also offer solutions, moments of clarity in terms of what made a difference for a particular person, and then the power of that insight can spread and take hold in other places.

Della and Ava have each spent years volunteering in shelters around the city, but had come to realize that often, a certain kind of human connection, and understanding, was missing in their time there. Della had served food and passed out candy at the Mission for ten years, most recently baking for them and photographing events during Covid. Through casual conversations, she knew they had a lot of interesting things to say. Ava had spent extensive time volunteering at Martha’s Table, and instantly saw the potential of trying something new. Initially, they wanted to do it for the men, to help others see what they saw and sensed. What they didn’t realize was how moving and profound it would be for them, and what they themselves might learn. “Each story was so vivid and honest. I felt like they were trusting us with something precious. It was so clear to me that a bad move or circumstance or two, and that could be any of us,” says Della. “They were so eager to share their stories, so clear in what they’d learned,” adds Ava. “To hit rock bottom and fight back–it was incredibly inspiring honestly.”

The first stories feature Mohammad Hossain, James Johnson, Richard Alby and Stephan Hall. “They told us so many interesting truths, so many details, we could have written pages and pages,” Della told us. “Every person has a story, and every story deserves to be told.” “That will be obvious once everyone reads these, we hope,” adds Ava. “And we hope the guys like them!”

The biography project will be a regular segment for the mission newsletter, featuring different men, their stories, lessons, and wisdom. The interviews, stories and photographs will be conducted by Sidwell Friends High School students, and soon, hopefully, other students around the city, who want to both learn, and shed a great light on the burden, the struggles, and the promising pathways out of homelessness. 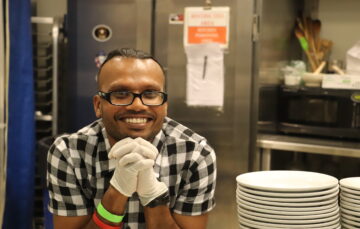 Every person knows when they’ve hit rock bottom; for Mohammad Hossain, it was one Sunday, while watching the Eagles and Ravens play on TV. 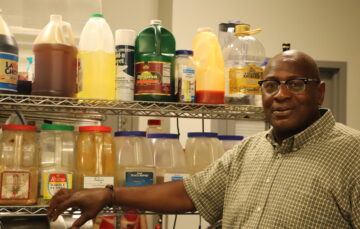 As his throat swelled and he began to suffocate, James Johnson realized that he was not happy with how he had lived. Fifty-six years old, he looked to God for a second chance. 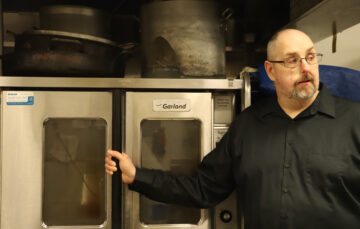 While wandering aimlessly and drunk towards the Capital, he encountered an old man on a park bench who pointed him in the direction of the Mission. Richard had reached the lowest point of his life. His family had disowned him, and he felt he was barely living, as he continued to abuse drugs and alcohol. 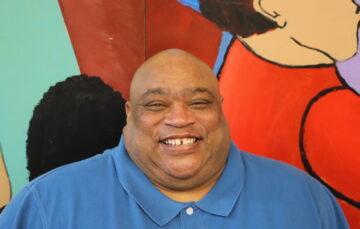 After a painful and difficult inner struggle, he decided to go to Central Union Mission, which was recommended to him by a friend. When he first arrived, he was welcomed with open arms. One of the effects of being an alcoholic was that he had become a very guarded person, who learned to hide the truth.