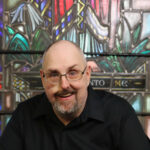 Growing up in Lancaster, New York, Richard Alby had an average upbringing in a middle-class, blue-collar family. At 17, he joined the Navy where he served four years until he got married and had two children. He was happy. Then a tragic car accident, resulting in his wife’s death, tore his life apart. He entered into a downward spiral, began drinking heavily and abusing drugs, and pushed his family away. When he wasn’t drinking, Richard worked minimum wage jobs, couch surfing with just enough to get by.

Finally, in 2016 he hit a wall, a breaking point which led to him moving to Washington, D.C. out of desperation. While wandering aimlessly and drunk towards the Capital, he encountered an old man on a park bench who pointed him in the direction of the Mission. Richard had reached the lowest point of his life. His family had disowned him, and he felt he was barely living, as he continued to abuse drugs and alcohol.

When he first arrived at Central Union Mission, he didn’t know what to expect and was nervous, but he was welcomed with open arms and friendly faces. The first program Richard entered was the Spiritual Transformation Program, which allowed him to reconnect with God. Another one of the Mission’s programs that has turned Richard’s life around is “Mission Muffins,” where he learned how to bake from the ground up. He really enjoyed learning all the aspects of baking, including working a coffee and baked goods stand for different churches on the weekends.

At the Mission, Richard was amazed by the selflessness of each and every staff member, who would go out of their way to help him. He continues to go to AA and is in recovery, which is a life-long journey, but with the Mission’s help he is making baby steps towards bettering himself. In the short term, Richard wants to save enough money to get his own home and transition back into a normal life, which the Mission is helping him achieve. 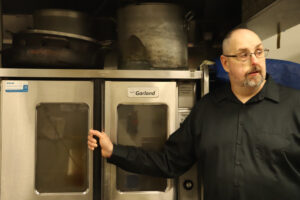