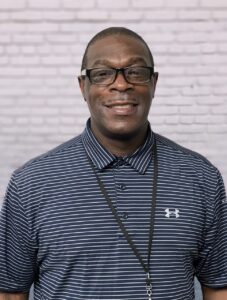 The holidays were right around the corner when Dennis Hinnant, 56, found himself walking through the doors of Central Union Mission.

It had been a long and treacherous journey that led him there. A journey that started with alcoholic parents and feelings of abandonment and low self-esteem that caused him to seek validation from unscrupulous sources. Although he watched his parents struggle through life as alcoholics, it wasn’t long after becoming an adult that he found himself following in their footsteps. “It was all I knew, and all I saw. Even though I hated it, I became them.”

As time went on, Dennis found himself estranged from his family and writing to his son who was serving time in a federal penitentiary. As he battled with alcoholism and depression, he called Central Union Mission to see if they could take him in. At the time, he had 30 days to vacate his apartment due to COVID shutting down his only source of income. Feeling that rock bottom was closer than it had ever been before, he checked into Central Union Mission and reconnected with his first love, Jesus Christ.

“After I got there, the foundation was laid. I’ll admit, I was still drinking when I first went, but they loved and prayed that out of me. I was able to find my true identity and also identify those triggers that would cause me to head back down the wrong path.”

Thanks to the Workforce Development Program, Dennis has earned his Food Handling Certification and is currently taking online classes to further his culinary career.

While Dennis knew he wouldn’t have much family to spend time with during the holidays, he was overjoyed with the celebrations at Central Union Mission. “They actually served us for Christmas. There were all of these volunteers here and we didn’t have to lift a finger. I can’t speak for anyone else, but it felt like home. Oh, and the gifts?! I was just overwhelmed with how much they cared and how they took care of us.”

According to Mission President & CEO Joe Mettimano, “Christmas is a pivotal time for those who are lonely and estranged from their families; they’re cold, hungry and sad. Our Christmas dinner offers small comforts for an especially difficult day, and our compassion reminds people experiencing homelessness that we care about them. Together we can help encourage and equip people to turn their lives around—so maybe their next Christmas will be brighter.”

Dennis has been sober for over a year now and credits his sobriety to the programs at Central Union Mission. “If you’re serious about getting your life together, Central Union Mission is where you need to be. They’ll meet you where you are without any judgement. I’m 56 years old and this is the happiest I’ve ever been in my life.” 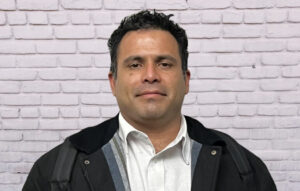 After wandering the streets with no food or money, he wal...