Tony was at the end of his rope. He had a family with grown children and a florist business delivering to restaurants and nightclubs, but that was not enough to make ends meet. 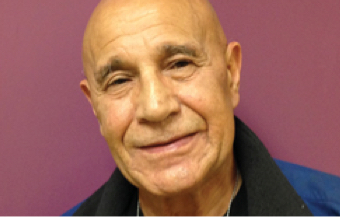 “I had everything, and I lost everything. I was just looking for somewhere to sleep; that’s how I found Central Union Mission,” he says.

Becoming part of the Mission’s Work Program, Tony ran the Mission elevator, cleaned and did other jobs while preparing for his future.

Tony says that at Central Union Mission, he discovered that “God had a plan for my life. I should have been killed or died on the street, but He had more for me.”