Hundreds of D.C.’s homeless have tested positive for coronavirus as shelters try to avoid spread

Home > Who We Are > News > Media Coverage > Hundreds of D.C.’s homeless have tested positive for coronavirus as shelters try to avoid spread 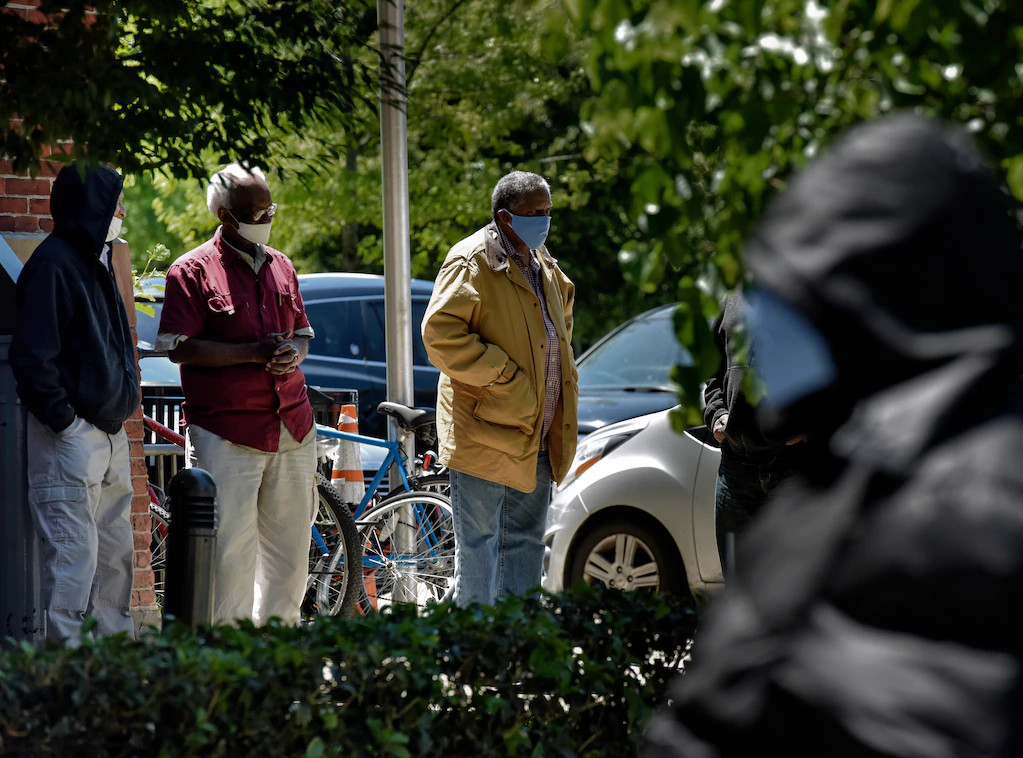 District officials in late March announced the first count of coronavirus cases among the city’s homeless, saying five had tested positive in shelters and 49 were in quarantine at hotels.

Despite weeks of mitigation efforts, the spread of the coronavirus among the city’s homeless has steadily increased, as have the challenges to combating it within shelters and on the streets. As of Thursday, 10 homeless people had died of covid-19, according to city data, while 237 living in shelters had tested positive and 276 were in remote quarantine.

“Every day brings something new,” said Joseph Mettimano, president and chief executive of Central Union Mission, a nonprofit that runs a homeless shelter near Union Station. “I know that most of the shelters are still struggling with trying to keep the virus out of the building. . . . In a shelter environment, there is really no such thing as social distancing.”

After instituting temperature checks at the door and isolating those with symptoms, Central Union recently went a step further, issuing a “stay-at-home” order for residents — permitting them to leave if they choose, but not allowing them to return, hoping the measure would protect other residents from the virus.

Mettimano said the shelter is offering residents short breaks outside the facility along North Capitol Street three times each day and increased recreational and educational programming. It also bought a ping-pong table.

The result: no positive cases, so far.

“I’m praying to God it stays that way,” he said.

An annual count last year put the city’s homeless population at 6,521, meaning about 3.6 percent have tested positive for the virus, a much higher rate than the general population. 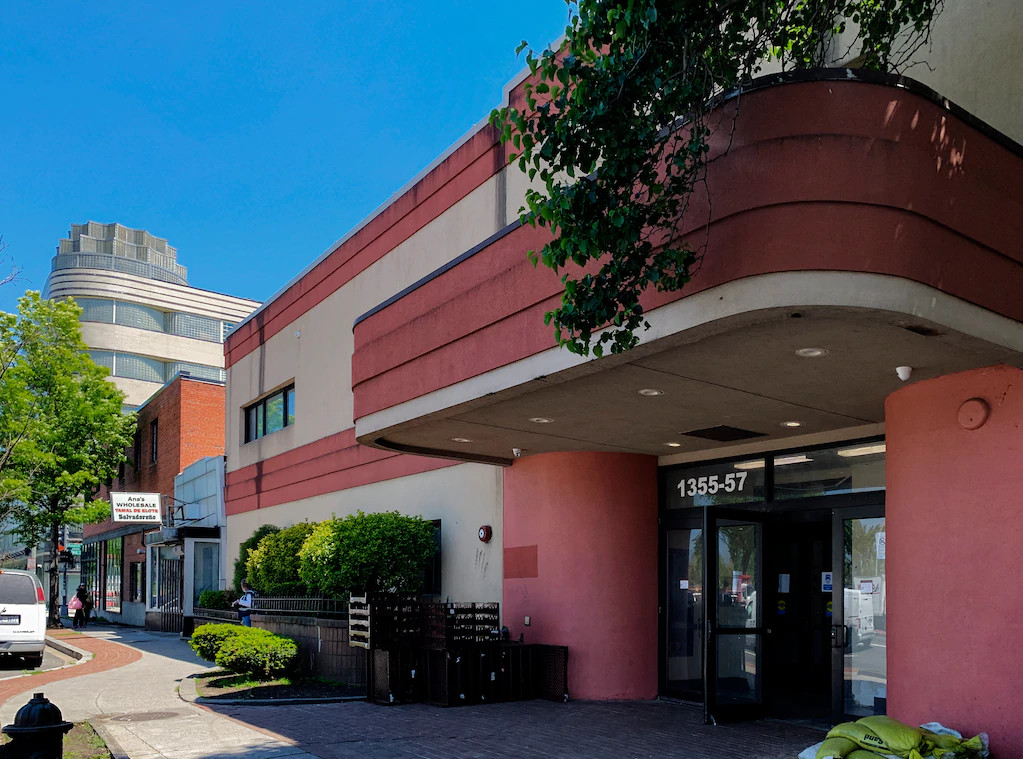 D.C. statistics on coronavirus cases among the homeless don’t specify which shelters are affected, making it difficult to determine where outbreaks might be occurring. Christopher Geldart, director of the city’s Department of Public Works, which is helping to handle the city’s response to the pandemic, said numbers of coronavirus cases in specific shelters are not released because the “context would get lost.”

“We have the community spread of coronavirus,” he said. “The same can be said of shelters.”

“There are certain congregant shelters that are really impossible to do social distancing in,” Nadeau said.

City oversight of some shelters is limited. The District’s largest shelter — the Community for Creative Non-Violence, which is operated in a deteriorating building in Judiciary Square — is privately run and has a troubled history. Amid the novel coronavirus pandemic, health officials are trying to house more people in the 1,300-bed facility.

Nadeau said 84 beds were being added at CCNV, but social distancing at the facility is difficult. She said she worried about an outbreak at the shelter partly because some residents also work at the facility and move through different parts of the building.

“We should be expanding shelter sites and finding new sites rather than putting people in a site like this,” she said. “CCNV is one of the sites I’ve been most concerned about because of its flow and layout.”

Geldart said the new beds were partly in anticipation of cold weekend weather, adding that the facility has been “a good partner.” CCNV officials did not respond to requests for comment. 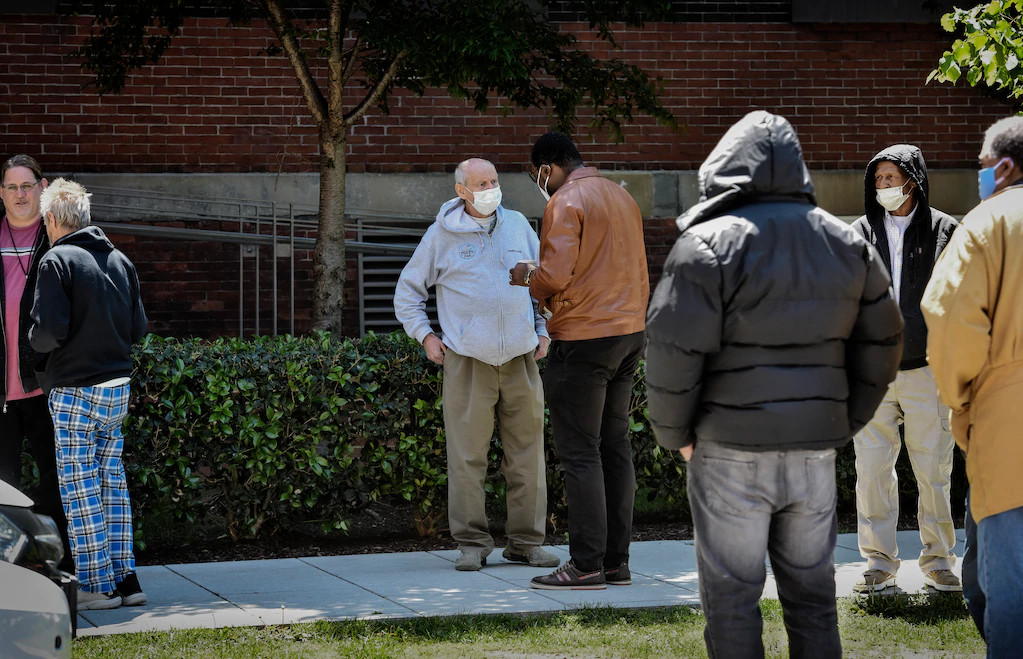 At the corner of 2nd and D streets NW on Thursday, down the block from CCNV, Omar Whitfield was lying on the hot pavement. He said he lost his job as a sanitation worker for the Department of Public Works in 2013 and moved into the shelter the next year.

Whitfield, 41, was critical of conditions inside the shelter. He said there were no temperature checks for residents and respirator masks were available only “a little bit.”

He recently secured permanent housing and is slated to move in a few days to Southeast Washington.

To homeless advocates, his is a success story.

Homeless people, especially those with chronic health conditions, should not be placed in congregant settings like CCNV, Nadeau said, but moved into permanent housing or hotels. She wants the city to use some funds from the Federal Emergency Management Agency — made available after President Trump’s disaster declaration for the District — on rooms for the homeless.

The city has quarantined hundreds of homeless people at five hotels: three in Northeast, one in Northwest and one in Southwest. During a Friday news conference, Geldart said “the needs for the folks that are in isolation and quarantine have been very much thought through,” with meals and consultations with medical professionals available. Cost estimates for the program were not available Friday, but rooms cost the city up to $181 each night.

About two-thirds of rooms set aside for older homeless people without coronavirus symptoms to self-isolate have been filled, Geldart said.

Across the country, homeless advocates are encouraging a migration of the homeless to hotels.

In New York, the epicenter of the domestic covid-19 outbreak, officials said 72 homeless people had died of the disease as of Thursday, with 851 known positive cases.

“We’re using every tool at our disposal to fight this virus and protect our clients, implementing aggressive strategies to connect anyone who needs it to hospitals for care or to isolation for monitoring and recovery,” said Isaac McGinn, spokesman for the city’s Department of Social Services. About 7,000 homeless people are in hotels, he said, and the city plans to house 1,000 more each week as needed.

Giselle Routhier, policy director for the New York nonprofit Coalition for the Homeless, said officials haven’t been able to get everyone into rooms, but are more aggressively policing the homeless and moving them off the city’s subway system, which recently closed for cleaning in the first planned overnight shutdown in its 115-year-old history.

“They’re just not moving fast enough,” she said. “There are thousands of hotels sitting empty and available, and the city has not moved homeless people into them.”

Back in the District, outside Central Union Mission, Eric Copeland, 56, stood among a group of men who lowered their masks to puff on cigarettes during an outdoor break. An audio engineer who has mixed sound at the temporarily closed 9:30 Club and MGM National Harbor, he came to the shelter four months ago when he lost his College Park apartment after being diagnosed with a heart problem, forcing him to stop working.

Though Copeland felt safe from the coronavirus at Central Union, he wasn’t sure of his next move. He’s waiting for a call from an artist he has toured with overseas, but the pandemic has put life on hold.

“I never thought I’d be here during this madness,” he said. “How is anyone going to make it after this?”

Correction: An earlier version of this story included an incorrect number of homeless people in remote quarantine.

Fenit Nirappil contributed to this report.