Home > Ways to Give > CFC-DC ONE Fund

Are you a federal or DC employee? Did you know that you can give through workplace giving using the Combined Federal Campaign (CFC) if you are a federal employee or the DC One Fund for the District Government’s workers. You can give to Central Union Mission by setting up a payroll deduction for a one-time or monthly donation. 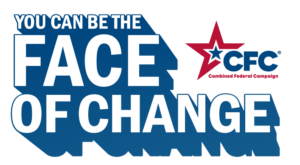 The Combined Federal Campaign (CFC) is overseen by the Office of Personnel Management (OPM). The Combined Federal Campaign is the official workplace giving campaign for federal employees and retirees. Last year, the CFC celebrated its 60th anniversary. Since its inception, the CFC has raised more than $8.6 billion for charities and people in need. CFC pledges make a real and meaningful difference to a countless number of individuals throughout our communities, our nation, and the world. Some people might say it takes an extraordinary person to care enough to give, but it’s more common than you think, and it’s easy! Anyone can be a changemaker through the CFC.

The DC One Fund program is the District Government’s workplace giving program. It is jointly administered by the United Way of the National Capital Area and The United Black Fund Inc. of Greater Washington, DC. The program is run by the Office of the Secretary of the District of Columbia. District government employees can manage their One Fund donations electronically during the campaign season that begins on the first Monday of October and ends on the second Friday of December, lasting approximately 10 weeks. Recurring payroll deduction, one-time payroll deduction, credit, or debit card payments are accepted. All payroll deduction pledges start on the first or second pay period of the following calendar year.

Use DC One Fund for Central Union Missions. If you wish to give through the DC One Fund Campaign, click here.